Get fresh music recommendations delivered to your inbox every Friday.
We've updated our Terms of Use. You can review the changes here.

No Saints (Currently Backordered - Will Ship When In Stock) 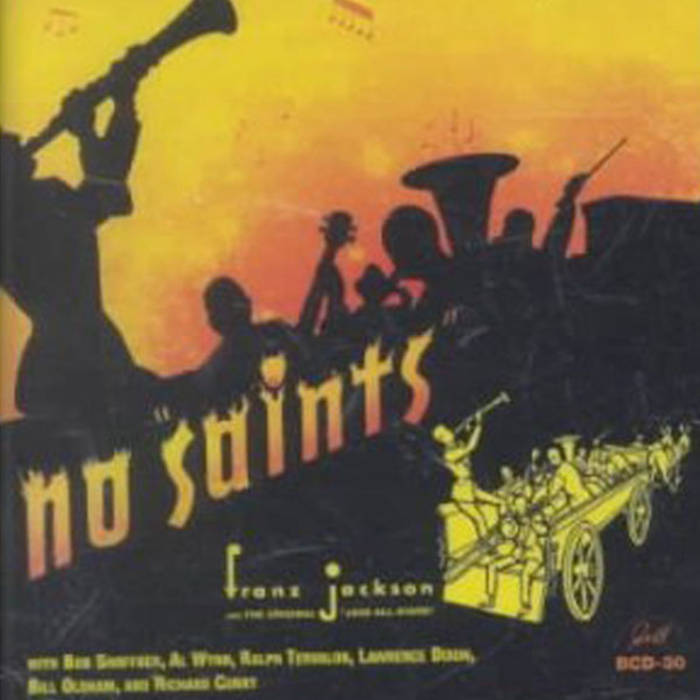 Another terrific example of Franz and his Original Jass Entertainers in the 1950's. Although classified as Dixieland or Chicago Jazz, this album truly transcends traditional labels such as "Chicago Style" or "New Orleans Style" jazz. It's just a wonderful group of musicians with 265 years experience playing music between them (at that time).

In addition to an original composition by Franz, "Southside", two standout cuts on this album are "Just a Closer Walk With Thee" with the amazing pipe organ in the beginning and Franz's clarinet singing beautifully throughout, and "The Battle Hymn of the Republic" because it is such a great take on a traditional, patriotic song. Another fun cut is "How'm I Doin" which Franz uses as a great vehicle to introduce each musician's solo.

Franz chose the title for this album because when he and his band were asked to make it, virtually every jazz band's album contained a version of "When The Saints Go Marchin' In". Franz said he didn't want to be like everyone else, so he said he'd do it with one caveat: No "Saints". Hence the title.

Born in 1912, the late Franz Jackson was a world renown traditional jazz musician who started his career at the age of 16 and continued playing up to the final months of his life when he left us on May 8, 2008 at the age of 95.

Jackson played with most of the greatest musicians of the 20th century including Duke Ellington, Cab Calloway, Louis Armstrong, Billie Holiday and many others. ... more

Bandcamp Daily  your guide to the world of Bandcamp

Quelle Chris joins the show to discuss his most recent release, "DEATHFAME"